Which app protect me against phone spam?

Mobile fraud has surged in recent years with wave after wave of attack, and you have to take proactive measures if you don't want to become a victim. You have to act suspiciously toward things like this to protect yourself.

No longer do you have to stare at the phone and wonder whether to pick up. With Smart Call everything becomes more transparent. You can now report and block suspicious phone calls with ease. After all, you paid for this phone and why should you let scammers abuse it? You might even install this app on an elderly mother's phone to protect her from scam callers that might try to gain off her monetarily.

Smart Call takes the reins and deals with spam the smart way. Even when you don't have the number in your contact list, Smart Call will let you know who might be calling through the system. If it happens to be spam, you can block the call simply and easily. On the other hand, if it happens to be a malicious scammer, you can take action against them more easily to report the number. Things like this go a long way to making sure that scammers don't harm other people. Whether it happens before or after, you can choose if you want to answer, block the call or report it. In this way, you never have to worry that the same number will harass you twice. The new system becomes as simple as tapping the block button.

Local searches has become much easier with Smart Call as well. For example, you no longer have to use a phone directory to look them up. Instead, you can simply use the local search tab to identify local businesses. You might choose to call them up, but you can also conveniently save the number to your phone for future use. 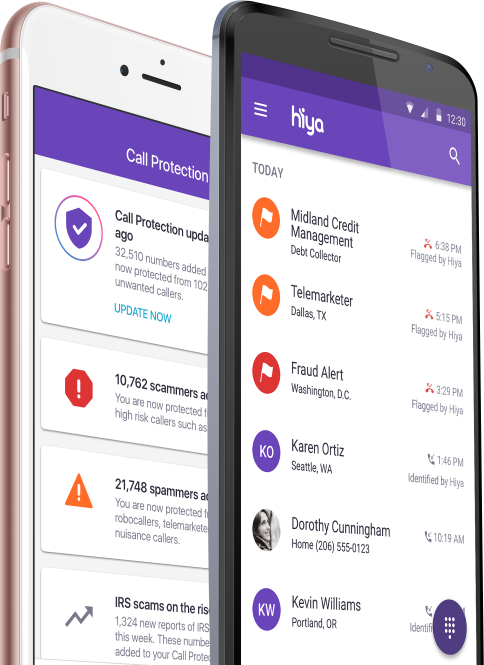 Through Hiya, you will get access to plenty of great features that will protect you. Hiya offers call blocker, phone number lookup and fraud protection. Defend yourself from spoof calls and fraudulent numbers that were made with express purpose of harming you. Along with that, you can forever put the block on spam caller numbers and never get harassed again. You will get a free spam call alert when such calls arise, and the app will block them automatically for you. What does the Hiya app include:

Through this app, you can turn an unknown caller into a known name and number. It doesn't matter if they want to remain anonymous because the global database from Hiya will identify the caller and use it to detect spam.

One of the big advantages that come from TrueCaller is the fact that it is free. You don't pay anything to get started with this app. In addition, with over 100 million users daily, you have a reputable app so that you don't have to worry about its reputation. TrueCaller helps you track and block the spam in its tracks. The TrueCaller app can also trace back the spam to identify the caller. This app has proven itself as a ruthless tool in the battle against the dreaded robocalls. One of the worst types of spam that a caller can receive. Along with blocking calls, you can take care of those annoying spam text messages that come across your phone every once in a while.

The fortitude of TrueCaller lies within its dedicated community. Whenever another member identifies a spam number, they add it to the list. This helps all users to block unwanted calls. As you can see, this app works off networking because if one person dislikes it, this will come across to others if it shows up elsewhere. You have the occasional spam call that might pass through the net, but once you add it to the list, everyone will block it, and you can take rest in knowing that.

You might call on this app if you happen to receive a lot of robocalls to your phone. You will pay $2.99 a month, and this app will give robocallers a taste of their own bitter medicine. Not only does it block the call, but it will also answer the number.

The spam call will be taken, and the snippets get analyzed and checks the voice pattern. In this way, even if the caller uses a spoofed number, RoboKiller will still catch them in the unholy act. The results can be quite hilarious. Anything from grumpy old men to drunken wasters, the Answer Bots will make the lives of robocallers a living nightmare. You even have a RoboRadio where you can hear the Answer Bots taking sweet vengeance against these callers. In fact, check out this hilarious Answer Bot call to see how the revenge takes place. Along with those things, RoboKiller can block text messages and customize your block lists for greater effectiveness. 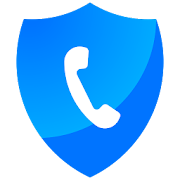 Another free app, Call Control will provide you with reverse phone lookup and do call blocking as needed. In addition, you can blacklist SMS messages, and a lot of users like this system because of how they have an easy and intuitive user interface. Through working with the community, they collect scam and spam and put them into the app to warn others about it.

Through this app, you can block the latest IRS scams, and a community of 12 million users will keep this safe. This app uses information that it gets from the government, IRS, FCC and the FTC. This will give you even greater protection from some of the latest scams. Some of the features included with Call Control include:

Robocallers have begun to run rampant across the nation, and in fact, an estimated, 35 billion robocalls were made last year, which should give you an idea about extent of the problem. Through this system, you can block unwanted calls so that you only get the phone calls that you want to hear form. Especially with the elderly, you can install this to protect them from these types of calls.

These are some apps that can protect you and your family against phone fraud. Believe it or not, these can be serious because of how scammers can steal essential financial information that they can use against you or your loved ones. You want to take active measures to protect your family from it. From the phone, criminals can clean out your financial accounts, and in some cases, these criminals have even committed crimes like this right from behind bars in prison. Robocall scams have been increasing in number, and the losses have been in the millions of dollars. The best way to prevent these scams is to stop them from ever happening in the first place.